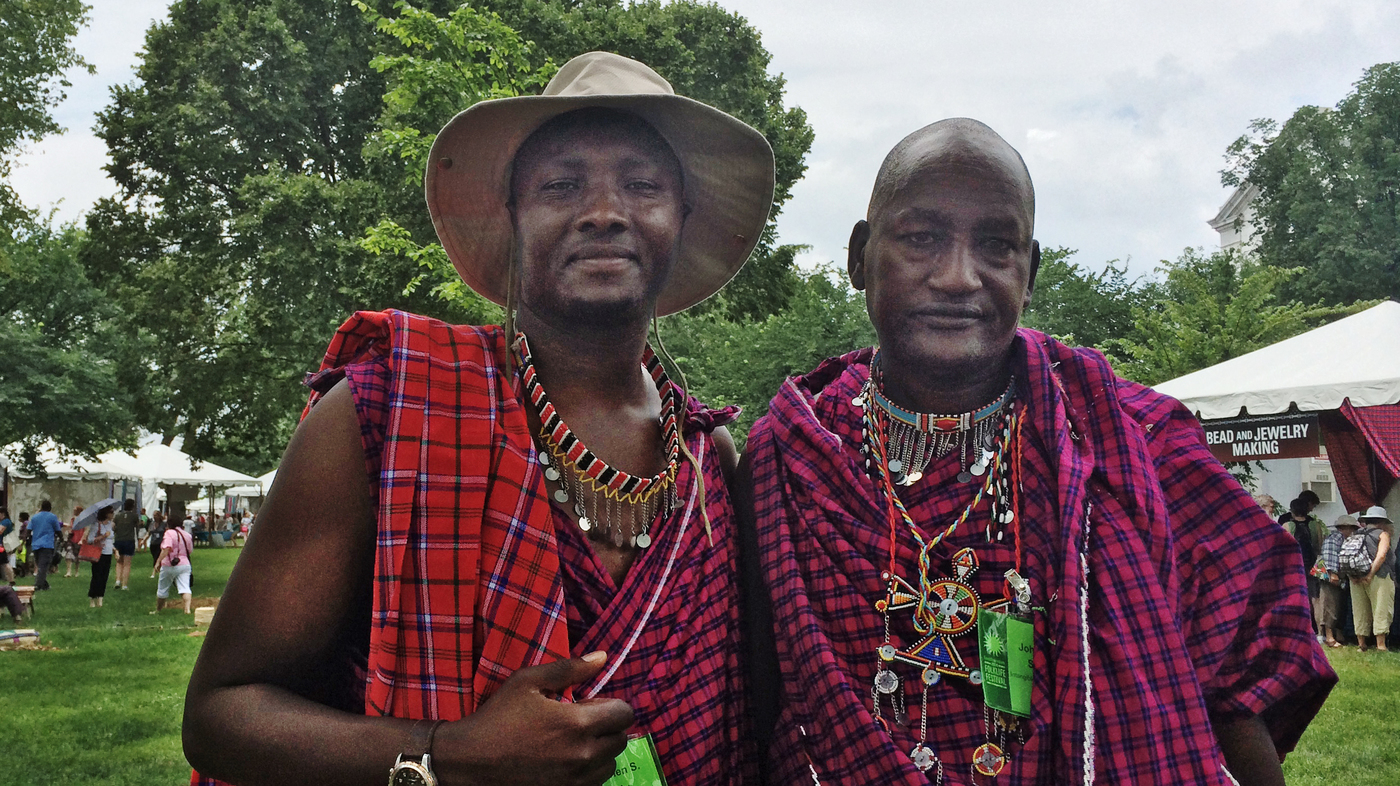 ON 30TH AUGUST 2018, HONOURABLE SHAKEEL SHABBIR, the Member for Kisumu East Constituency, brought laughter to the National Assembly by donning what he called an Islamic hat from Mauritius. This is an excerpt from the Hansard of that day:

Honourable (Ms.) Odhiambo-Mabona (Suba North, ODM): Thank you, Honourable Deputy Speaker for giving me this opportunity.  I am sorry for interrupting my sister, Honourable  Gladys.  As she was giving very good points, Honourable  Shakeel  Shabbir  walked  in  with  something  which  I  am  not  too  sure is parliamentary.  I know that women yesterday donned white scarfs in support of the two-thirds gender rule.

I do not know whether his is part of another agenda, maybe an anti-corruption crusade because it looks more or less like a blanket. Give the House direction as to whether what he is wearing is parliamentary.

Honourable  Deputy Speaker: Actually, it is said that he brought it from Mauritius.  You were complaining about that gadget that is not working well where you are sitting.  If you remind yourself, that is the particular seat.  You know what you did in the last Parliament in that particular seat. You might be actually responsible for that gadget not working.

But Honourable  Shabbir, surely this is not a religious attire.  That is not religious at all.  Let us hear what you have to say.

Honourable  Shakeel  Shabbir (Kisumu  East,  Independent):  Honourable Deputy Speaker, this is an Islamic hat. It is won by Muslims all over the world. It is an Islamic formal hat. The Honourable Leader of the Majority Party wears an Islamic Swahili hat.  This one is used in most Muslim countries that are cold such as Russia and Tajikistan.

A day before, female Members of Parliament attended Parliamentary proceedings in white scarves.

The female Members of Parliament wore white scarves in order to pile pressure for the realization of the two-thirds gender principle. However, their dressing still elicited debate on the manner of dressing in Parliament. A week before, Honourable Sabina Chege’s dress brought up the topic. In Jamaica, last year, St. Ann South East MP Lisa Hanna wore what was perceived to be a sleeveless dress and this stirred debate.

So, what rules guide the dressing of Kenya’s Members of Parliament?

Rule 4 of the Speaker’s Rules provides as follows–

8. Members, members of the press and guests are required not to enter the Chamber, Lounge or Dining Room without being properly dressed. A proper dress for men means a coat, collar, tie, long trousers, socks and shoes or service uniform. For the ladies, business casual wear applies. Skirts and dresses should be at least knee length. Tight fitting, revealing and provocative clothing is not permitted.

You will notice that if you were Kenya’s MP and you were to don a Masai regalia, then the Speaker would throw you out of the Chamber for being ‘improperly’ or ‘indecently’ dressed. The Rules would want you to be in a suit and a tie if you are a male MP.

In 2011, the then Member of Parliament Honourable Mike Mbuvi Sonko (now the Governor of Nairobi), was thrown out of the Chambers for wearing ‘studs’. Waga Odongo did an interesting opinion after this incident. He writes: “To see an institution that represents the diverse interests of a nation being made to look like cut-outs of a Sir Henry mannequin is both unfortunate and worrying.” He adds: “In the past, even African dress has been disallowed in a curtsy to our former colonial masters, in case they are watching via satellite in Westminster.”

Last year in Nyeri, a Member of County Assembly was also thrown out of the Chambers for being ‘indecently dressed’. The Member termed the dress code retrogressive and discriminatory to women.

In 2003, Raila Odinga, then Roads and Public Works Minister entered parliament in a brightly-coloured Agbada, a flowing Nigerian robe. Perhaps if there has been a Member of Parliament who has been consistent in opposing ‘the colonial dress’, then it is Koigi wa Wamwere. He has been quoted as saying, ” This argument that the only dress that can be decent is European dress is to me awfully. And I am not sure that even Europeans would today dare advance such an argument”.

There is an interesting article advancing arguments by legislators advocating for an African dress. For instance, when Koigi wa Wamwere recounts a time that he wore an agbada and was told by the then Speaker Ole Kaparo that he was wearing pajamas. The late Nobel Laureate Wangari Mathai said this when she was an Assistant Minister in the Ministry of Environment:

If we’re going to give out people a sense of pride, a sense of self-respect and identity, we need to reclaim our culture. People who wear African dress are trying to look for some identity. They’re trying to define themselves.

There has been an attempt to have Kenya’s National Dress but you know how the idea flopped.

The Speakers of both Houses discarded their traditional wigs sometimes back in 2013. As you will remember, this was around the time that the former Chief Justice, Dr. Willy Mutunga,  did away with wigs and robes.

Last year, Britain’s House of Commons Speaker John Bercow, gave an indication that the conventional rule requiring male MPs to wear suits and ties may be abandoned. However, the UK Parliament seems not to have relaxed their dress code yet.

The US House of Representatives enforces its dress code strictly — a suit jacket and tie ( for a man), or a sleeved blouse or dress with closed-toe shoes (for a woman).

It appears that there might be no radical changes in US House of Representatives’ dress code. Its Speaker Paul Ryan is quoted for saying this in February last year:

Decorum is important, especially for this institution, and a dress code in the chamber and the lobby makes sense. But we also don’t need to bar otherwise accepted contemporary business attire. So look for a change on that soon.

Why is it that I cannot wear a Maasai shuka into the Chamber? Why is it that an African Parliament would not allow its Member of Parliament to wear grand boubou or bubu and insist on a suit and a tie? Historically, the grand boubou was worn by chiefs of the Yoruba of Nigeria, Dagomba of Ghana, and Mandinka. Why can’t one wear a kitenge outfit? Why it is wrong for me to don a Somali ma’awis (wraparound, loose-fitting sarong) and slip the jaangari (Somali sandals) into my feet? If I were a lady why should my dress be called indecent and ‘sleeveless’  if I wore the Somali gareys which by design leave the arms and parts of the shoulder bare? Well, I may put on the Somali garbo-saar (shoulder wear) so that you cannot throw me out. Why can’t I wear a kaunda suit or agbada?

I have dug up the Rules of Procedure of EALA and I find that their dress code addresses part of these concerns. Annex 4 of the East Africa Legislative Assembly’s Rules of Procedure is on the Dress Code.  In this blog post, I am interested in the dress code for the Members of EALA. It provides as follows—

Members shall be required to enter the Chamber, Lounge or Dining Room decently and properly dressed befitting the dignity of the House. The particulars of the attire will be as follows:-

(a) Should be decently and smartly dressed (coat, blazer, shirt, tie, long trousers, socks and shoes).

(c) Decent national dresses of any of the Partner States of the EAC.

(a) Should be decently and smartly dressed (trouser or skirt suits, skirt (below the knee), blouses, shoes, while the gloves and hats will be optional.

(b) Decent national dresses of any of the Partner States of the EAC.

You will notice that at least there is an attempt to allow traditional or religious attire for both male and female Members.

Renaud Egreteau, in his article Fashioning Parliament: The Politics of Dress in Myanmar’s Postcolonial Legislatures, writes:

Myanmar’s parliamentary rules require elected representatives to wear outfits that reflect not only their higher social status, but also indigenous traditions. However, they do not provide detailed guidelines. Western, Indian or Chinese attires are implicitly proscribed, as are casual longyis (Burmese version of a sarong), jeans, mini-skirts and T-shirts. Headgears are however a compulsory accessory for elected male MPs. Military-appointed legislators, in contrast, are requested to wear their uniform, but leave their caps or berets in the barracks.

Clothing is bound up with politics. It can be a reflection of a society’s long history as much as a marker of social status or a personal political statement. What citizens and leaders wear is a critical symbol of their allegiance, sense of belonging, personal history and political engagement

Traditional attires often provoke debate on the politicization of identity, what Renaud calls ‘the reification of ethnicity’. Thus, there will be valid concerns of having a House where there will be different MPs in any one sitting in traditional regalia of say about 20 ethnic groups.  But there is also another valid point that ” indigenous clothing was meant to be vectors not only of social status, but also, vividly, of new political ideas, anticolonialism, race belonging, and identity”.

In his conclusion, Renaud says:

Parliamentary dress codes imposed from the late 1940s, even if loosely defined, have served several purposes. They have first helped accelerating the pace of decolonisation through the official promotion of non-Western and non-Indian indigenous national attires for Burmese politicians, legislators and parliamentary staffers.

Is it time that the Kenyan Parliament reassessed its dress code? What happened to our national dress? If we had this, would we allow it under our  Speaker’s Rules? Why is it that the Speaker’s Rules do not allow traditional attire? Where do we place the debate of an ‘African dress’ within the context of an African Parliament that attained its independence many years ago from its colonial masters? To what extent are the Speaker’s Rules constitutional vis-a-vis Article 11 of the Constitution that obliges the State to promote all forms of national and cultural expression?

One Reply to “Dress Politics in Kenyan Parliament: A Few Thoughts”