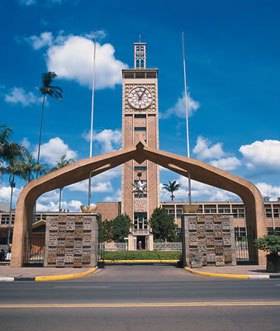 It is 1907; 16th August 1907 to be precise. It is the meeting of the Legislative Council (popularly known as the Legco) and the members present are H.E. The Governor (Col. Sadler), the Senior Commissioner (Mr. Hobley), the Land Commissioner (Col. Montgomery), the Treasurer (Mr. Bowring), the Crown Advocate (Mr. Combe), the General Manager, Uganda T. Railway (Mr. Currie), Col. Will, Lord Delamere and Mr. J.H. Wilson. The oath is administered to the Senior Commissioner, the Land Commissioner, the Treasurer, the Crown Advocate, the General Manager, Uganda Railway, Col. Will, Lord Delamere. Mr. J.H. Wilson, His Excellency the Governor, then declares the Council open. Then the Governor introduces the Standing Rules and Orders for regulating the proceedings of the Legislative Council, and the Clerk reads it over and the Rules are agreed to. The meeting is adjourned.

The next day- 17th August 1907- the meeting resumes. Same parties like on the previous day.

And here, Ladies and gentlemen, we witness the the earliest Bills by our Parliament. The First Readings of the Bills number 1 to 11 are moved by the Crown Advocate (Mr. Combe) while the Appropriation Bill is moved by Lord Delamere. The Bills are as follows:

The Bill’s object was for the abolition of the legal status of slavery throughout the East Africa Protectorate.

2. Sale of Wines and Spirits Bill

The Bill sought to regulate the sales of wines, spirits and malt liquors.

The Bill’s object was to authorise the issuing of licenses to ostrich farmers for collecting of eggs of wild ostriches and for capturing of young wild ostriches.

The Bill sought to make further provision for preventing the spread of diseases among animals.

The Bill’s object was to make provision for the registration of brands for stock and for compulsory branding of cattle and ostriches by farmers and owners.

The Bill sought to amend the East Africa Police Ordinance of 1906.

The Bill sought to amend the Master and Servant Ordinance of 1906.

The Bill sought to make better provision for the levying of Customs Duties in East Africa Protectorate and for the organisation and management of Custom Department.

The Bill sought to provide for the establishing of Municipal Councils in certain townships in the Protectorate.

The Bill sought to amend the East Africa Volunteer Reserve Ordinance of 1906.

The Bill was moved by Lord Delamere.