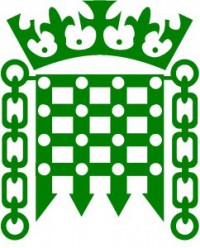 The Bills before the UK Parliament (either Commons or Lords) 2017-2019 are comprehensively listed on UK Parliament’s website.

The list below is a select few that caught our attention.

The Bill seeks to make provision for a certificate to be issued to mothers in respect of miscarried and still-born children not eligible for registration under the Births and Deaths Registration Act 1953; to establish a database for archiving the certificate and recording information about the miscarriage or still-birth; and for connected purposes.

The Bill is sponsored by Baroness Benjamin.

The Bill seeks to prohibit the publication of certain in formation regarding persons who have been arrested until they have been charged with an offence and to set out the circumstances where such information can be published without committing an offence.

Clause 1 of the Bill provides that where a person is arrested for an offence then neither their name nor address, nor any still or moving picture, of that person shall be published in England and Wales in any publication available to the public in written, electronic or any other form, or be included in a relevant programme for reception in England and Wales, if it is likely to lead members of the public to identify that person as the person by whom the offence is suspected or alleged to have been committed.

The Bill is sponsored by Lord Paddick.

#3 Business of the House Commission Bill

This is a Private Member’s Bill that seeks to create a Business of the House Commission to regulate the timetabling of business in the House of Commons.

Clause 2 provides that the initial function of the Commission shall be, within six months of the date on which this Act is passed, to prepare a report making proposals to regulate the timetabling of business in the House of Commons. The report shall be laid before the House of Commons as soon as practicable after it is agreed to.

#4 Victims of Terrorism (Pensions and Other Support) Bill 2017

This is a Private Member’s Bill sponsored by Emma Little Pengelly MP.  It seeks to make provision about support for victims who have been severely injured or bereaved as a result of acts of terrorism by an unconnected person or organisation in the United Kingdom. It seeks to establish a review of pension support for such victims and to require that review to make proposals for additional support taking account of the effects on occupational pension provision for such victims.

This is a Private Member’s Bill sponsored by Stephen Kerr MP. It seeks to make provision to prevent unsolicited calls.