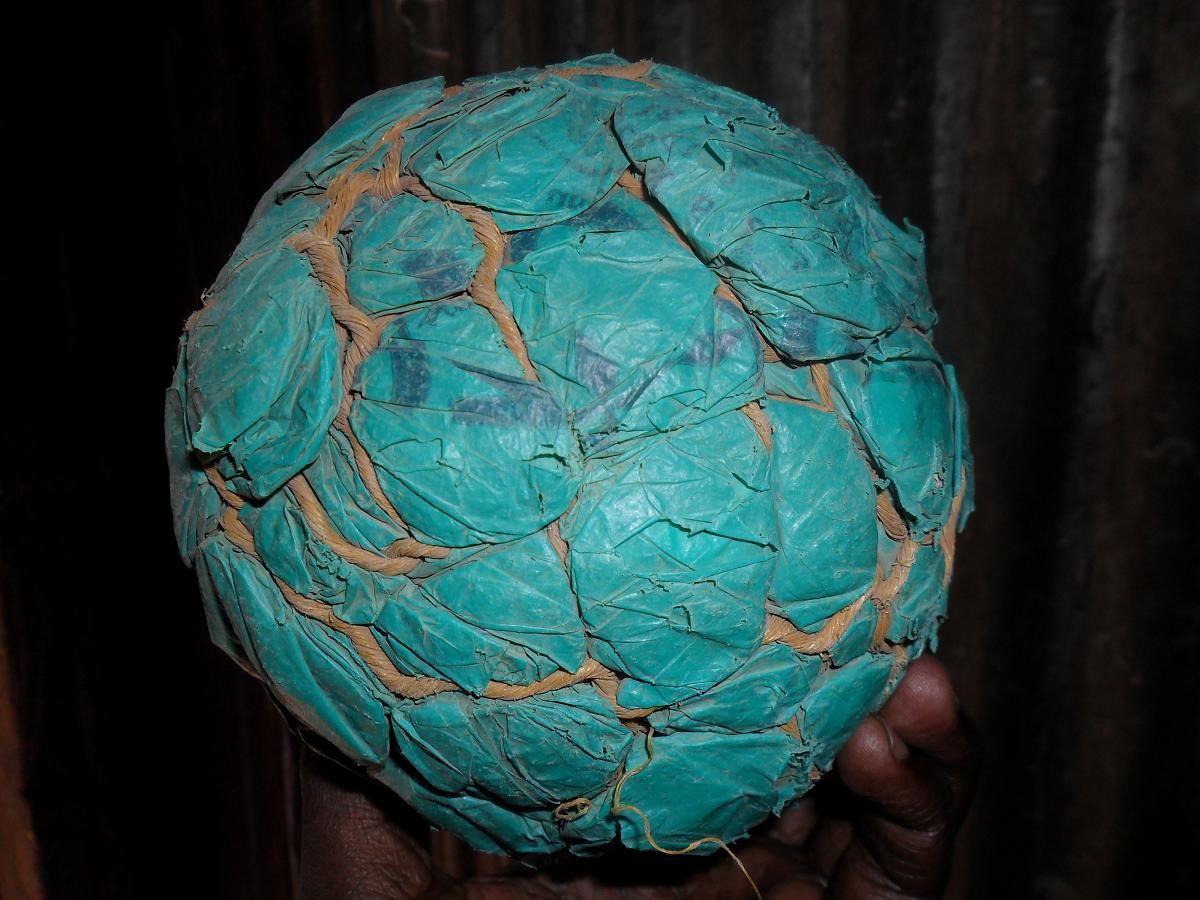 This part of Tom’s village in the upstream is called the Senate. If it happens that the making of Tom’s Ball concerns the upstream government, then the Ball would be sent to the Senate so that they too can have their equivalent of Tom’s mama chama members to say something about the ball. In their Senate-speak, they call this bills concerning county governments but in local parlance it is a way of saying, listen, Tom, we know this stuff too and the ball you are making will affect us too; you might kick the ball and it might land on our rooftops or we might have joint tournaments using the same ball and we have an interest in the kind of ball you are making.

In my previous post, as you can remember, I said that the law making process in Kenya is just like making a ball from polythene bags. I took you through how Tom could be assisted to make a ball from polythene bags. I spoke of the ball-fixers or legislative drafters, and Tom’s parents. I spoke of the role of Tom’s mama chama members and the money guys.

I then concluded by saying that I had not spoken about the peculiarities of Tom’s village. I said that upstream in Tom’s village, there are places where they play javelin, badminton, rugby, tennis. So, if Tom wanted to make a tennis ball, Tom and Tom’s parents would have to listen to folks from those sides.

In case you were lost, that was the law making process as it is in the National Assembly.

This part of Tom’s village in the upstream is called the Senate. If it happens that the making of Tom’s Ball concerns the upstream government, then the Ball would be sent to the Senate so that they too can have their equivalent of Tom’s mama chama members to say something about the ball. In their Senate-speak, they call this bills concerning county governments but in local parlance it is a way of saying, listen, Tom, we know this stuff too and the ball you are making will affect us too; you might kick the ball and it might land on our rooftops or we might have joint tournaments using the same ball and we have an interest in the kind of ball you are making.

But Senate too has a right of initiating the process of making their balls too. But somebody somewhere sat and said that it has to be a ball concerning upstream government and wouldn’t harass our pockets.

So Tom’s parents will send the ball to the Senate. You remember what we said as to what happens in the village when making the ball? The process will be repeated in the Senate. At the Senate, just like in Tom’s parents’ house, one of the folks in the upstream of the village will also repeat what one of Tom’s uncles would have said: look, ladies and gentlemen, here’s a ball, we call it Tom’s Ball; the Ball is about fun here for our children and for connected purposes.

Then the ball would be handed over to a circle of friends who know a thing or two about polythene balls. In pompous language, they call them relevant Departmental Committee. And just like in chama of Tom’s mama, they will also have 21 days to say something about the ball. And they will send word for football fans to say something about the polythene ball. Then they will appear before their football coach and say, here’s the report. In pompous language, they will be tabling the report. In that dressing room (okay, we can call it the Senate Chamber), current players of various football teams will speak about Tom’s ball. Some might be retired players, others might be coaches in soccer teams, others might be experienced soccer fans. So they will speak about Tom’s Ball. Again, in pompous language, they call this Second Reading.

I need not repeat the process that happened in Tom’s parent backyard but essentially at the Senate, two things might occur. One, Senate might say Tom’s ball as made by the village under the directions of Tom’s parents was done well and that they will not add any polythene to that ball. Or they may look at that ball and be appalled. Maybe there could be a few things about the ball. A few ropes that need to be fastened. A few polythene that need to be inserted into the polythene ball. Or even plucking out an ostrich feather so that KWS guys may not come calling. If they do any of these, they will send the ball back to the Tom’s parents. Of course Tom’s parents may agree or disagree. If they agree, the ball would be sent to that person with the highest authority who signs on the ball to signify that Tom and his friends can now have the ball and kick it around. But if they disagree and Tom’s parents disagree, then we have a stalemate.

So what happens? Tom’s parents will pinpoint a few of their friends and the Senate will select a few of their friends and lock them in the room and tell them, listen guys, you got thirty days to make Tom happy; if there are polythene bags to be removed or you need to fasten the ropes, please do so. In their pompous language, they call this mediation committee. (You can check up Article 113 of the Constitution for this for more of the pompous language used there.) But if these guys fail to agree, the ball will be tossed to the river and Tom will be told to forget about the ball. If they agree, Tom will be lucky. They will do a report—a mediation report— and come up with an agreed version of Tom’s ball. The Senate guys will present this report to the Senate whereas the coterie of Tom’s parents will present it in Tom’s parents’ dining room. Both teams will convince their friends to adopt the report and to pass the agreed version of Tom’s Ball.

Then the vellum of the ball will be prepared. Wondering what the vellum is? Not to worry. It is still Tom’s Ball but since it will be sent to this special person, there will be a tape around it and a few flowers but it will still be Tom’s ball. Like I said in the previous post, the vellum will be sent to the highest authority in the village. This person will just grab a pen and like all football stars sign on the polythene ball and indicate the date. Then the ball will be taken to a shopkeeper somewhere in the village who will get a nice wrapping on the ball. The shopkeeper will have 7 days to get the wrapping on. When does Tom and friends eventually play with the ball? That ink on the polythene ball dries on the fourteenth day. So, they get to kick the ball around from day 14 onward.

That’s it about the law making process in the National Assembly and the Senate. I told you it is just like making a polythene ball.