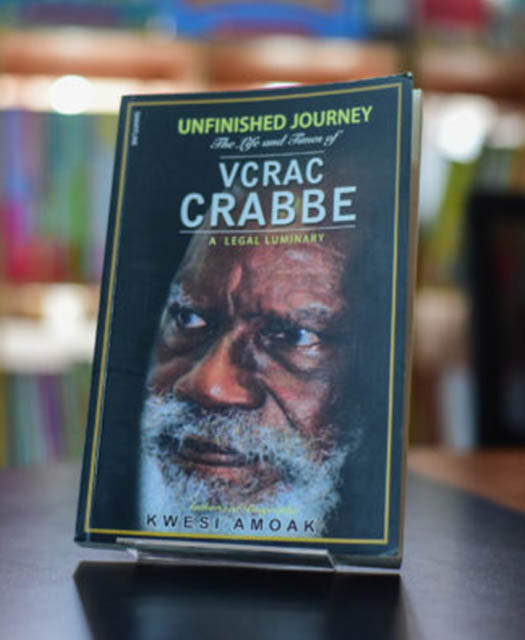 In the ‘Unfinished Journey: The Life and Times of VCRAC Crabbe’, Kwesi Amoak in this authorized biography enables us to understand who the renowned legislative drafter Prof. Crabbe is. Every page of this book (280 pages in total) is a nugget of wisdom. In 2016, I was privileged in this lifetime to be taught a two-week legislative drafting course by Prof. Crabbe. He was around 93 years old then and physically fit and mentally alert. He has not retired yet (in the book he laughs at the idea and says that he will retire when he dies) and is currently a Commissioner at his country Ghana busy revising the laws of that country. He begun legislative drafting in 1954.I cannot even begin to try to summarize what he has been able to do in his life. He has served at the Bench, taught law and legislative drafting at University of West Indies, been a part of Kenya’s constitutional review, been a parliamentary counsel during the reign of Prime Minister Milton Obote (that was in the 60s, hello?), and I can go on and on. I treasure a photo of him awarding me a certificate of participation in 2014. It is on my wall.

There are a lot of gems in this book but allow me to share what Justice Crabbe says at pages 266-267:

“My philosophy of life is simple: service to man is service to God. The life you chose was not meant to make you so wealthy, but even still the little you have, you share. What I have, I give.

What is wealth? All the things we crave for are mere acquisitions. Buddha, Muhammed, Jesus, Zoroaster- show me anywhere in the world where they had a mansion. Did they have an army? Did they have a government? Yet today consider the number of people whose lives are shaped because of the paths Avatars trod. That’s wealth. That’s power. They’ve influenced us. Buddha was a prince, but he threw all that away. His brothers and sisters who stayed in the palace, who mentions their name today?

In this country when I meet my politician friends of whatever political persuasion, I tell them, ” What you call power is a mirage.” What haven’t we seen before? J.B. Danquah died in prison for all he did for our country. You do not see anything about Danquah at Legon, yet he fought hard during the days of the Ellis Commission for us to have a University College.

Nkurumah died outside the country that he had worked so hard for. When we were young, the castle walls used to be very low, so you could see inside the castle when passing by. At the time Arnold Hudson was governor, when the flowers bloomed and on Sunday afternoons around 3.30 when the police or military band would play, we could, even as children, go there to enjoy ourselves. But when Nkurumah went there, he put up a high wall. A Ghanaian among Ghanaians and elected by Ghanaians puts a wall up when the white man didn’t even bother to do so. If they were not afraid of us, why should someone who was voted in by his own people be afraid? Yet, the most important lesson is that when the crunch came, when they planned to overthrow him, he wasn’t in those protective walls. He was outside and far away from his beloved country where he wielded so much power, the illusion of power. I don’t need anybody to tell me to read a book to learn these lessons. I am telling you what happened in this country and what we can all learn. If only we know that the walls wouldn’t save us, should we not seek spiritual treasures- treasures which endure forever? He created an army and a presidential guard, yet he was outside the country where none of that would count. In fact, people who claimed to be loyal to him turned against him, for all that Nkurumah did for them.

Paa Grant had 25 ships sailing the seas. He worked so hard and funded the struggle for independence. Go to Axim today. There is nothing to show that he once lived.”